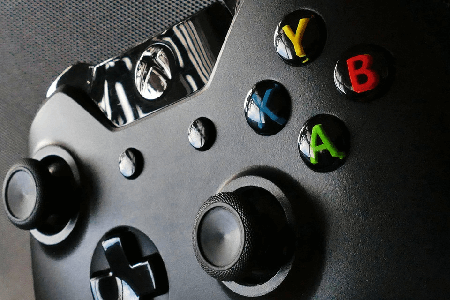 As technology continues to expand, so do video games and the audiences that they attract.  It is a regular occurrence for someone who is not interested in video games to suddenly be sucked into an alternate world of adventure, sports, and challenges. Modern video games border more on an alternate reality than simply a box plugged into your television. The graphics, gameplay, stories, and innovations have transformed video games from something that kids play to true works of art that can be enjoyed by all.

Squared off pixels and boring storyboards have paved the way for games that transcend definition to become more of an adventure through an interactive art gallery, or a choose-your-own-adventure storybook brought to life. So many people who were gamers decades ago are beginning to fall back in love with the unbelievable advancements in gaming, and rediscover just how entertaining and fun these games can be.

Suddenly there are backgrounds that a player can get lost in admiring and characters that we actually care about. Finding a princess in a castle is cool and all, but modern video games have begun to emit that same feeling that a person gets when they can’t put down a book. They’re exciting and engaging, and players can’t wait to see what happens next.

The art of modern video games is almost a genre within itself. The best games aren’t only designed with a story in mind, but also with gorgeous artwork throughout the game that help to bring players into the world of the game itself.

Speaking of bringing players into the world, modern systems are generally linked to an internet connection that lets people from around the world play together or against one another. Headsets and real-time communication make it feel like a player is sitting right next to you when you play, though they may be thousands of miles away.

This is especially true of sports games. Playing against a computer opponent was always a challenge back in the day, but now modern games allow players to compete against new and old friends through a simple looking box under the television. Not only that, they can talk to one another and add real competition and challenge.

HangingSliders will keep you up to date on all of the latest sports game and gaming news. There are seemingly always new products, features, games, and technology being released, and it’s our job to make sure you know what is out there to be enjoyed.